I am a huge Star Trek fan but when I was introduced to the Expanse by my high school buddy I was hooked by the first few chapters. It was like the Star Trek prequel that I have been looking for. Because instead of dazzling you with new technologies, the authors imagined a world of technologies not that far extrapolated from our current understanding and capabilities.

And despite the inevitable conflicts, the stories were filled with interesting intriguing plots and twists. Having a detective as one of the main character definitely brings back the memories of Columbo and other great detective stories in the 80’s and the more exploratory aspects of the Star Trek universe.

It is a world with people trying to make things happen with what they have.

The story setting can be thought of as the world we know now reimagined in space: with Mars and Earth as the duo superpowers and the rest of the solar system like developing worlds but at the sci-fi level. And the story starts at the zone between the Inner Planets and Outer Planets, known as the Belt (the asteroid belt in our current nomenclature). It beautifully stitches a lot of the current exploratory effort by space agencies around the world.

One interesting aspect of the story was how two people of different background and profession were learning each others ways: a detective and a ship captain all the while trying to save the solar system. The authors cleverly switch perspective between the two every chapter. Such different perspective on the same world seem to pervade the solar system on a larger scale causing conflicts to occur.

The other interesting aspect of the book that is worth noting, is the politicizing of science and information, a theme that is timely for the current age of the internet. Science and technology have come a long way from just intrigues to having serious impact on the world. While this ideas has been around and scientist and engineers are often taught ethics, their results being used in power struggles and how the power of the information dissemination by technologies such as the internet brings this issue to a much higher level.

This book albeit being labeled as hard core sci-fi, is a joyful yet thoughtful read. 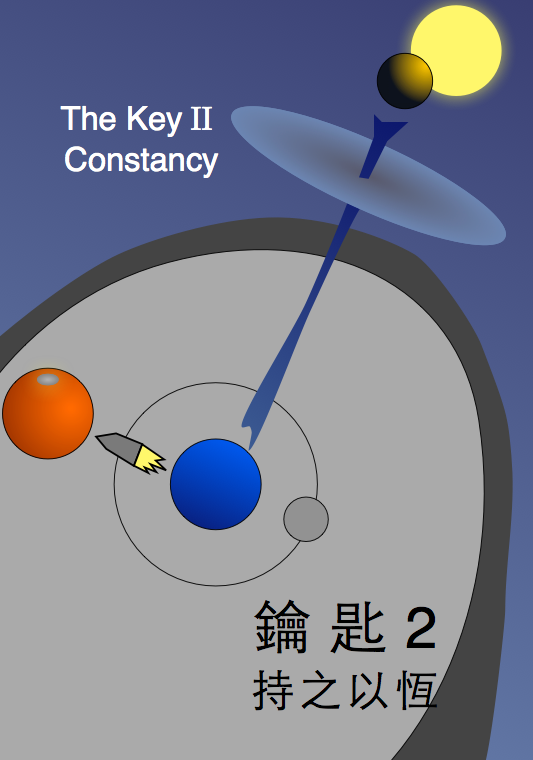 A journey to complete wisdom

A Journey to Complete Wisdom 走向全面智慧

"It is elementary my dear Watson" - Sherlock Holmes.....

Philosophy of The Key

Total Wealth of a person (spiritual and physical) is created through obtaining total wisdom (emotional and rational) which serves as an multiplier of your access to resources which have diminishing returns the more you have them.Without wisdom resources are just burdens not wealth. I summarized this in a simple model:

If a person understands this, he will know how to grow without greed nor fear. And the world would be a much better place because of it.